Error-handling with Coroutines has always been a confusing point for many developers, and that’s because of a number of reasons. Not only are there multiple ways to handle them, but the error propagation mechanism that comes with structured concurrency needs to be understood first.

And there are plenty of little situations where error-propagation with coroutines happens differently such as:

But before we look into the different ways we can effectively handle coroutine errors, we need to understand how they work first. 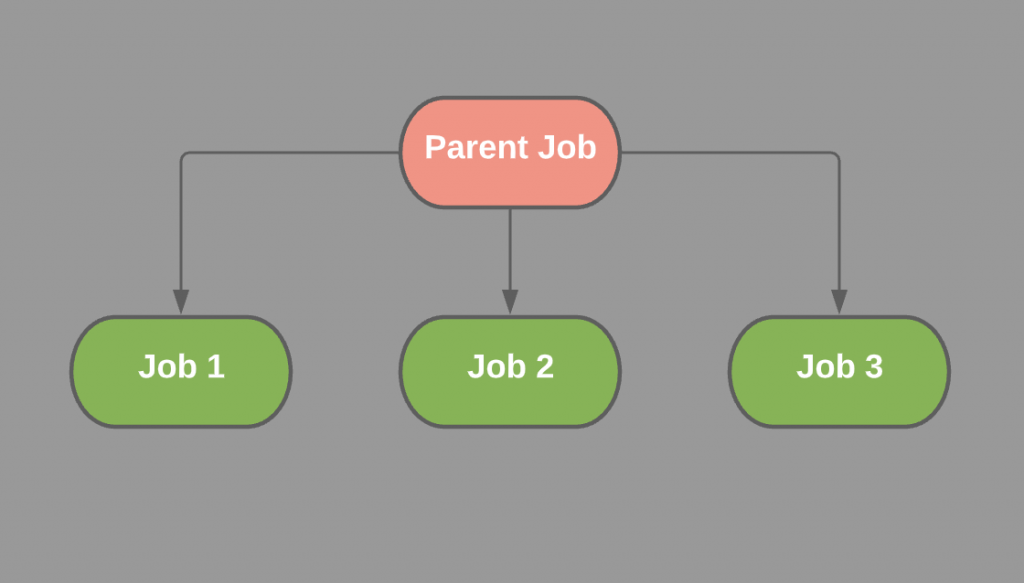 A parent coroutine job and its three children

IF the root job belongs to a scope with a CoroutineExceptionHandler, the error would be handled accordingly, otherwise the exception is simply thrown and your app will probably crash.

This means that having a CoroutineExceptionHandler anywhere but the root does absolutely nothing.

So why do coroutines act this way? Why does the failure of one child stop the entire coroutine all the way up to the root?

Why are exceptions propagated up to the root?

Well the idea is a single coroutine is meant to achieve one (potentially combined) result. If any one child couldn’t complete, it would be a waste of resources to let other children finish. Let’s use an example.

getChannelsPageInfo is a root coroutine that needs info from getUser, getChannels, and getSchedule to display as a channels page. All three of these requests are mandatory for the page to display the info it needs.

If getSchedule were to fail, there’s no need to spend more resources on the other coroutines. The page cannot properly display its desired state so it falls back to an error state instead.

The error is then propagated up to the root, getChannelsPageInfo, and it is up to the root to handle the error. This is where CoroutineExceptionHandler is useful.

Say for this use-case, I want my coroutines to run in parallel, hence the use of async. The moment any of them fails, the others can happily be cancelled and the root coroutine turns to exceptionHandler to display the error state. This behaviour should be common for if any of the child coroutines fail.

“If a root coroutine should handle errors the same way for if any of its children fail, CoroutineExceptionHandler should be used”

But what if I need specific error-handling behaviour in each of my child coroutines?

What if we didn’t want the page to stop loading when one child fails? What if our channels page was sectioned off so that the user and channels could still be displayed even if the schedule failed to load?

It wouldn’t be good if our exception was re-thrown by the coroutine and propagated to the root as that would cancel all our coroutine brothers and sisters.

Each of our child coroutines would then look a little something like this. If tvRepository.getChannels() where to throw an exception, it would be handled within the try-catch block. The exception isn’t thrown by the coroutine itself, thus no coroutines are cancelled.

“If an exception in a child coroutine should not stop other coroutines belonging to the same parent, or specific error-handling behaviour is required, try-catch blocks should be used”

There is another way to encapsulate errors in coroutines without cancelling its entire family, but we’ll get to that later.

I don’t know what kind of sadistic madman you need to be to produce code like this, but I thought it’s at least worth a mention.

In the above example, the try-catch block is utterly useless here. If getUser() were to throw, the exception would be propagated to the root and the entire coroutine would be cancelled.

This is a bit weird really. Surely you’d expect everything inside within try to be handled by catch. But my dear Johnny, everything isn’t as it seems in the coroutine world.

Let’s go back to the hierarchy diagram.

The diagram representing the madman code above

As you know, coroutines follow structured concurrency, and this is established through Job‘s. Each block you see in the above diagram is a single Job and each Job contains info about its parent Job.

Why didn’t this happen in our earlier try-catch block? Look at it again.

I hope that explanation made sense. If not, well I tried :’)

Remember when I said that there is another way to encapsulate errors in coroutines without cancelling the entire family? This is it. 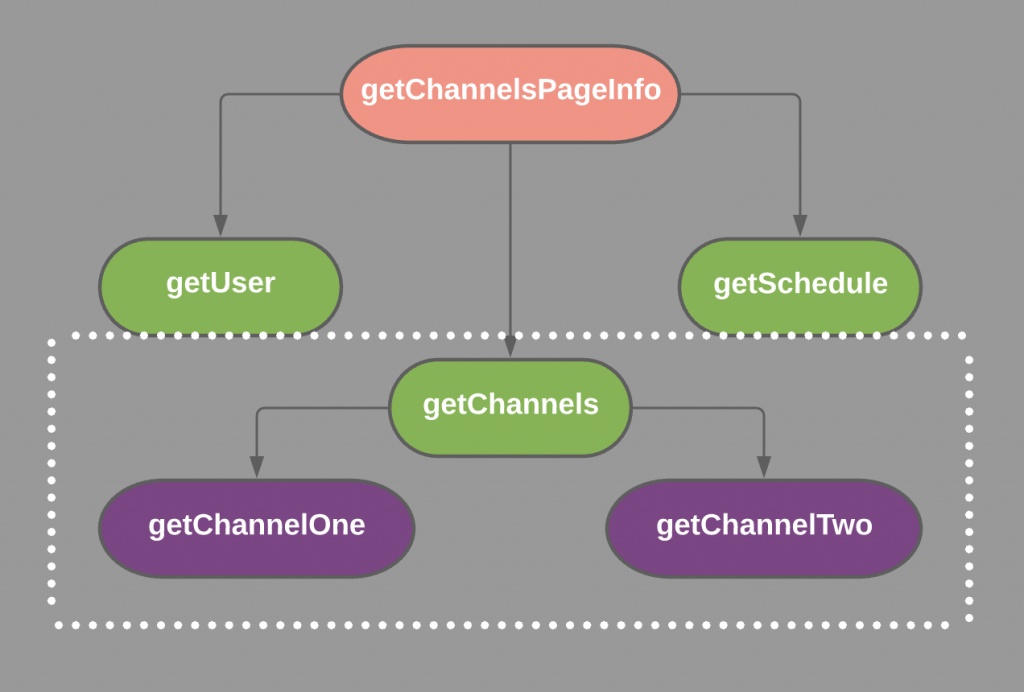 Using SupervisorScope is almost like starting a sub-coroutine. This makes getChannels into a SupervisorJob, and if any of its children would fail, the error would be propagated to getChannels but no further than that. It is then up to getChannels to handle it, either through the use of its own CoroutineExceptionHandler (in the case of launch), or handling via the result of Deferred.await() (in the case of async).

Take the above code for example. This reflects the above diagram of our getChannels coroutine being a SupervisorJob. If getChannelOne() or getChannelTwo() were to fail, the exception would now belong within channels.await(), and it is now up to us to handle that.

This behaviour is only achievable because we used supervisorScope. The error is only propagated up to it. If you replace it with coroutineScope, the exception would immediately be propagated all the way up to the root.

Here’s an example using launch. In this case, it would be better to use a CoroutineExceptionHandler.

If you don’t use one, or you don’t handle the exception thrown by your await(), the error would be propagated up to the parent as normal.

For the TLDR chaps out there:

As you can see, the best solution for error-handling coroutines is completely situational. There is no one-answer-fits-all here.

All these interactions with structured concurrency and the availability of all these different options is why error handling coroutines is a complex and daunting topic for most, but when mastered, becomes a very powerful toolbelt for achieving an error-handling setup for pretty much any situation.

I hope you gained something from this article. Let me know down in the comments if you did!

Over the past couple of weeks, I’ve been more active on my socials than I ever have before, so I’d appreciate a follow! You might just find content you’ll enjoy as a fellow coder, on Instagram especially. The links to all of them are on the sidebar.

I hope you have a good week and as always, happy coding ༼ つ ◕_◕ ༽つ 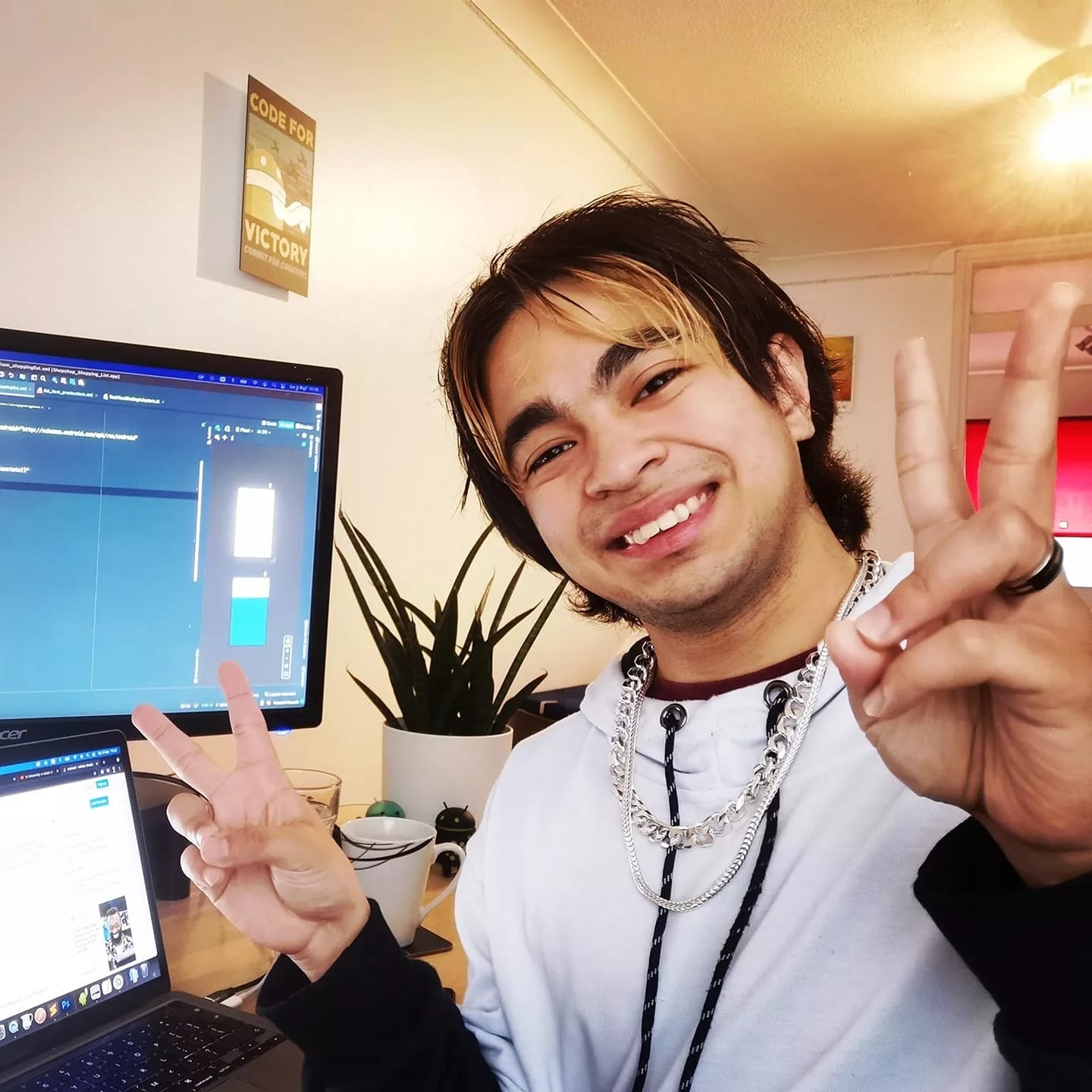 An Android Developer who makes programming memes on TikTok

Keep me fueled up so I can provide you with the best content!